Introduction to the Soil

Living with the Forest 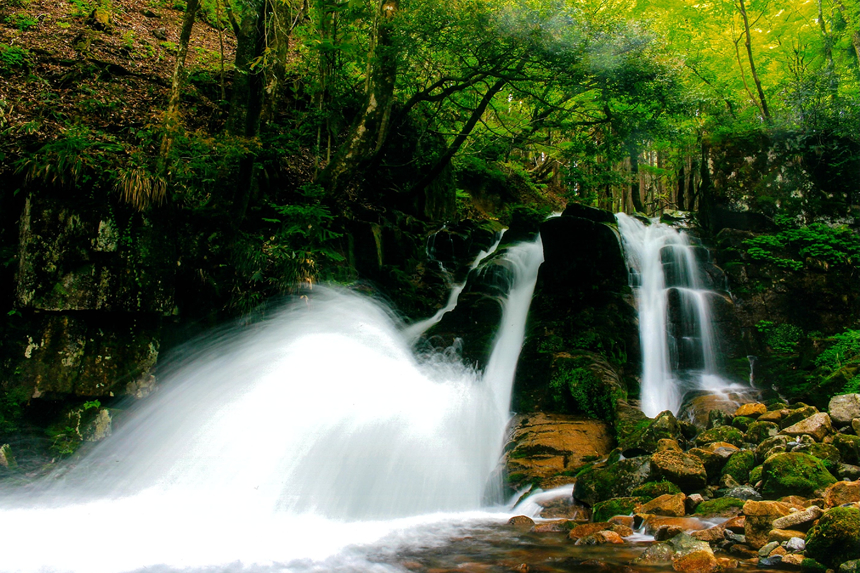 Shiso City is located in the mid-western part of Hyogo Prefecture, bordering Okayama Prefecture to the west and Tottori Prefecture to the north.
About 90% of the area is covered by forests.
The city has the Ibo River, which is a first-class river and clear stream, as well as the Chikusa River, which is selected as one of the 100 best waters in Japan, as well as Hyono Mountain, the highest mountain in Hyogo Prefecture, Harafudo Waterfall, which is selected as one of the 100 best waterfalls in Japan, and the Akasai and Onzui valleys, which are scenic spots, and the city is so rich in nature that it is called the “Shiso Forest Kingdom”.
The northern part of the city is cold and rainy in winter, so it also benefits from melting snow.

The Birthplace of Japanese Sake

The oldest surviving Fudoki (said to be a description of how to make sake using koji compiled about 1300 years ago during the Nara era), the Harima Province Fudoki, says,
“The food of the great gods has withered and grown moldy, so we brewed sake and offered some Niwaki sake to feast with.
This means that Niwaki sake was first made using koji (a starter material for brewing made from malted rice) and presented to the gods at Niwada Shrine in Ichinomiya-cho, Shiso City.
For this reason, Shiso City is said to be the birthplace of Japanese sake.